Storbrotten was a ship anchored as a mobile lighthouse. She met a tragic fate in 1922 as the crew accidently managed to blow the ship up while trying to salvage an old sea mine. The mines brought in a lot of money for its gunpowder and when the crew of the lightship found a floating mine the tied it to the gunwale by a long rope. But before they managed to take on the task of disarming and emptying the mine of its gunpowder the wind and the currents changed during the night and the mine they had in tow ran into the hull and went off. Six people went with the ship to the bottom. The depth is around 53 meters 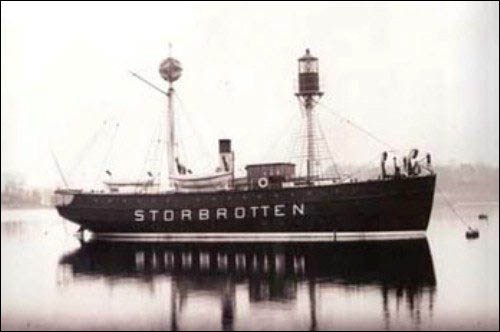