In the morning of January 24, 1942, the steamship Notung was heading from Turku towards England loaded with cellulose. In the shipping lane east of the island Sottunga the unsuspecting crew suddenly got attacked by Russian bombers. The aircrafts attacked in waves both with depth charges and torpedoes.

The ship escaped without any direct hit but after a violent bombardment a torpedo finally exploded near the stern. She rapidly began to take in water and the crew didn’t believe she would stay afloat for very long. The lifeboats were launched and the crew abandoned the ship. The lifeboats were attacked by machinegun fire but miraculously the crew all made it ashore without any injuries. From dry land they witnessed the ship slowly sinking, stern first. 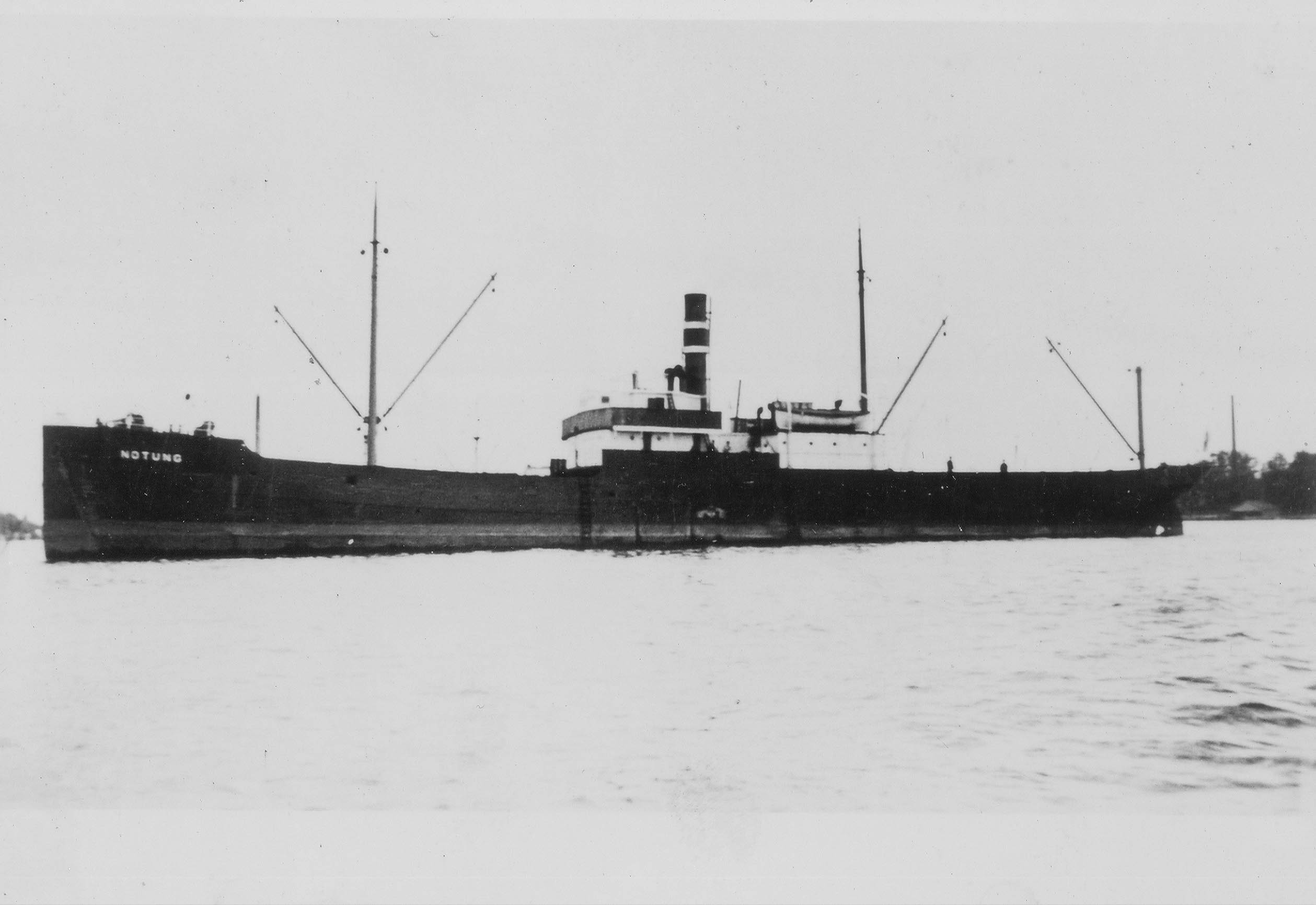 The ship was built in Middlesbrough in 1882, and it measures 75 metres in lenght and 10.5 metres in widht. This is exciting diving for the advanced diver which requires Normoxic Trimix or equivalent training. The maximum depth is 40-50 metres, but since visibility varies from 2-10 metres Notung is regarded to be a quite difficult object. Still, when reaching the wreck it appears as time has been frozen since 1942. All the interior details can still be seen during this fascinating dive!