This is a newly discovered wreck in the western Åland Sea. It is probably the remains of a Dutch brig, called the Rotterdam, which sank while freighting coal probably at some point in the late 19th century.

She is 35 meters long and 8 meters wide and rests on a bottom depth of 35 meters. Many fine details can be found on this well preserved wreck. 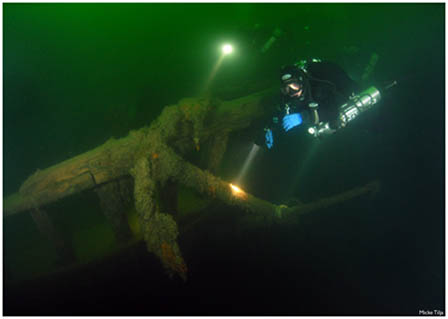